Do any of these symptoms sound familiar to you? Stress, Chronic Fatigue, Lack of energy, Difficulty concentrating and focus disorders, Tension headaches and resultant adrenal fatigue…..

Ashwagandha is one of the most powerful herbs in Ayurveda, which has been used since ancient times for a wide variety of conditions, and is most well-known for its restorative and regenerative benefits. Ashwagandha can help alleviate symptoms of fatigue and support an energetic state and activate sense of wellbeing from within.

Ashwagandha is frequently referred to as “Indian ginseng” because of its rejuvenating properties, even though botanically these two are totally different. Ashwagandha has powerful antioxidant properties that seek and destroy the free radicals that have been implicated in aging and numerous disease states 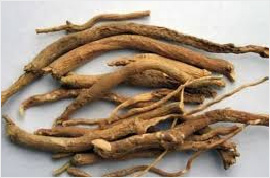 In Sanskrit, Ashwagandha means “the smell of a horse,” Ashwa means horse and gandha means sense of smell, indicating that the herb imparts the vigour and strength of a stallion, and has traditionally been prescribed to help people strengthen their immune system after an illness or post traumatic conditions. With an abundance of antioxidants, iron, amino acids, and other phytochemicals, it’s no surprise that studies suggest ashwagandha has medicinal properties that can directly and indirectly prevent and/or treat a number of diseases in all age groups.

It protects the immune system as well as working towards combating the effects of stress, improves learning capacities, memory functions, and reduces anxiety and depression without causing drowsiness. This exotic Indian herb has remarkable stress-relieving properties comparable to those of powerful drugs used to treat depression and anxiety. In addition to its excellent protective effects on the nervous system, ashwagandha may be a promising alternative treatment for a variety of Neuro-degenerative diseases, Alzheimer’s and Parkinson’s. It also helps reduce brain-cell degenerations and stabilizes blood sugar levels in body.In some cases it has also shown to lower the bad cholesterol (LDL) 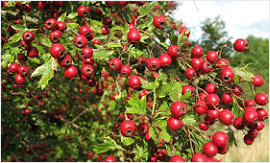 Ashwagandha may also help regulate blood sugar which aids in suppressing sugar cravings, which in turn helps weight loss benefits. Research shows ashwagandha may be a promising alternative for cancer treatment and prevention. Ashwagandha seems to show positive effects on the endocrine, cardiac, and central nervous systems. It is one herb that could help your body produce its own thyroid hormones, so it supports the endocrine system overall.

Ashwagandha is used to restore male libido, cure impotence and increase male fertility. It is widely used in southern Asia as a male sexuality tonic. I have recommended it for some nerve related pain such as neuralgia, nervousness, and numbness as well which showed signs of improvement with ashwagandha because it improves nerve fiber. I have recommended it for M.S as well in few of my patients.

How to take Aswagandha? In some parts of the world where ashwagandha is grown, the shoots, seeds and fruit may be eaten, and the roots may be used for making a tea. In the UK, ashwagandha is available as capsules, in a powder form that can be mixed with water or honey, and as an extract.

For home use, you can get Ashwagandha from a good health food store in capsules or powder form and they both work well. If you want a stronger potion, you can make your own home extract as well. Add up to 1/4 cup of ashwagandha powder to a litre of vodka. Steep it for 2 weeks and then have 1 tablespoon daily in water after food or meal.