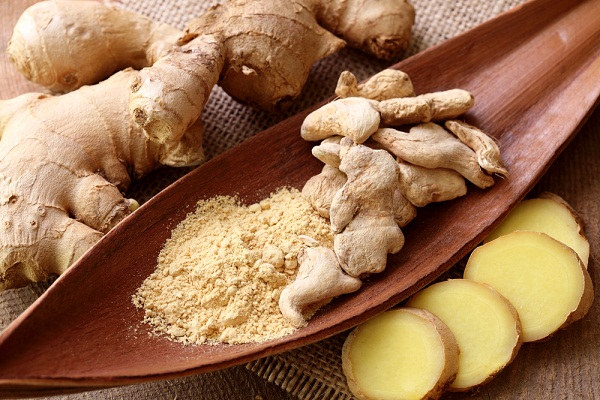 Ginger is one of the most powerful herbs that is used as a spice as well and also for its therapeutic qualities. The underground stem (rhizome) can be used fresh, powdered, dried, or as an oil or juice. Ginger is part of the Zingiberaceae family, as are cardamom, turmeric and galangal. Aromatic, pungent and spicy, ginger adds a special flavour and zest to Asian stir fries and many fruit and vegetable dishes.

The Mahabharata (about 4th century BC), one of the two major Sanskrit epics of ancient India, describes a stewed meal which includes ginger. Ginger has also been a key plant in Ayurveda, a system of traditional medicine native to the Indian subcontinent. Approximately 2000 years ago, ginger was exported from India to the Roman Empire, where it became valued for its therapeutic as well as culinary properties.

Interestingly, during the 13th and 14th centuries ginger and black pepper were the two most commonly traded spices. By the sixteenth century one pound in weight of ginger in England would cost the equivalent of one goat.

1) Inflammation of the colon:

A study carried out at the University of Michigan Medical School found that Ginger Root Supplement administered to participants reduced inflammation markers in the colon within a month.

The study was published in the journal Cancer Prevention Research.

Experts say that inflammation of the colon is a precursor to colon cleanser. Researchers explained that by reducing inflammation in the colon one may reduce the risk of developing colon cancer.

2) Nausea caused by chemotherapy and Nausea during pregnancy:

Ginger supplements administered alongside anti-vomiting medications can reduce chemotherapy-induced nausea symptoms by 40%, a study carried out at the University of Rochester Medical Center found.

Ginger’s anti-emetic action has been proved to be very useful in reducing the nausea and vomiting of pregnancy(even the most severe form, hyperemesis gravidum) In a double-blind trial in 2009, ginger root brought about a significant reduction in both the severity of nausea and number of attacks of vomiting in 29 of 37 women in early pregnancy (less than 20 weeks). Unlike antivomiting drugs, which can cause severe birth defects, ginger is extremely safe, and only a small dose is required.

Ginger can not only be warming, but helps promote healthy sweating, which is often helpful during colds and flus and assists detoxification process. German researchers have recently found that sweat contains a potent germ-fighting agent that may help fight off infections. Ginger has been used for thousands of years as a natural treatment for colds and flu around Asia. The West has lately also agreed to the benefits of it ,for example,The University of Maryland Medical Centre supports that to treat cold and flu symptoms in adults, take 2 tbsp. of freshly shredded,grated or chopped ginger root in hot water, two to three times a day,it is the best thing possible.

Ginger contains chromium, magnesium and zinc which can help to improve blood flow and also help in circulatory disorders as well. 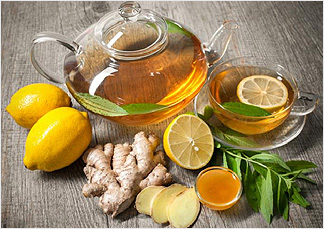 Add fresh ginger into apple, coconut water and blueberry smoothie or even apple juice freshly made will go well with ginger.Add fresh or dried ginger to your vegetable stir-fry or a homemade salad dressing Boil peeled fresh ginger in water to make your own ginger tea, with a slice of lemon.

Both ginger and cinnamon encourage healthy circulation, which in turn helps relieve some of the aches and pains you may feel after a long day. Here’s one of my favourite homely relaxation tips that helps energize mind and body.

Combine all ingredients in a small container and stir well. Add to your hot bath, and swish around a bit before getting in. Soak for 15-20 minutes and then try to use immediately.